Worth the Wait? National Security Guidelines Finally Published under the Investment Canada Act 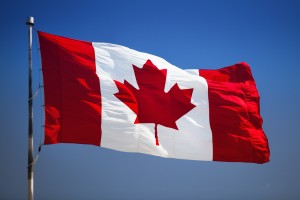 O Canada: the publication of guidelines does not necessarily mean transparency for investors

The federal government has finally issued long-awaited Guidelines on the National Security Review of Investments, which clarify its approach to the national security review regime for foreign investments that was enacted in 2009. While the Guidelines enumerate nine factors that the government may use to evaluate whether a transaction is injurious to national security, the process still remains, at least in part, a black box. The Guidelines maintain that the government does not have to provide much information about the review to the affected parties since the review may be based on “sensitive information”.

The novelty of the Guidelines is in guideline 6, which provides the following non-exhaustive list of factors that may be used in reviewing a transaction for national security:

Once the Minister decides to review a transaction for national security, he or she must issue an order to that effect and notify the parties. The Minister can then ask the parties for further information to help with the review.

The parties have the option of making representations to the Minister. However, the Minister does not have an obligation to tell the parties why the review is occurring, so parties must decide on their own what to address in their submissions. The Minister is able to rely on the sensitive nature of national security concerns to avoid telling the parties the case they must meet.

The Minister has 45 days (which may be extended an additional 20 days) to decide whether he or she wants to approve the transaction. If he or she still thinks the transaction may be injurious to national security, he or she can refer the matter to the Governor in Council (effectively, the federal Cabinet).

The Cabinet then decides whether it wants the parties to the transaction to take any measures to protect national security. The Cabinet may authorize the transaction conditionally, or may ask the non-Canadian(s) to give written undertakings. It may also require divestiture or disallow the investment.

National security is highly sensitive, and the powers afforded to the Minister and the Governor in Council under the Investment Canada Act are accordingly broad. As more investments are reviewed for national security, parties may be able to discern trends to assist them in responding to national security reviews. In the meanwhile, the nine factors enumerated in the Guidelines will have to suffice.