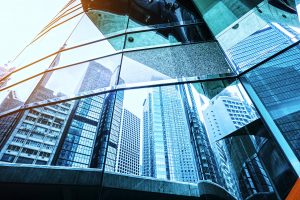 The Supreme Court of Canada has provided guidance to the insurance industry on the interpretation of standard form insurance contracts in the recent decision of Ledcor Construction Ltd. v. Northbridge.

Ledcor Construction (“Ledcor”) was a general contractor in charge of building an office tower in Calgary.  Ledcor hired a sub-contractor to complete a “construction clean” of the windows of the building.  The sub-contractor used improper tools and methods to clean the windows and ended up causing $2.5 million in damage to the windows, which had to be replaced.

Ledcor and the building’s owner made a claim under their builders’ risk policy (“Policy”) for the cost of replacing the windows.  The Policy excluded coverage for  “the cost of making good faulty workmanship” but provided an exception to the exclusion in cases where “physical damage not otherwise excluded by this policy results” from faulty workmanship.

The Supreme Court of Canada overturned the Court of Appeal and found that Ledcor and the building’s owner were entitled to be indemnified for the $2.5 million replacement cost of the windows.

The first issue considered by the Supreme Court was the level of deference that an appellate court should pay to a trial or motions judge’s interpretation of a standard form contract.

Since Sattva, provincial appellate court decisions have been split as to whether the interpretation of standard form contracts were subject to the deferential standard of appellate review set out in Sattva.  The Ledcor case gave the Supreme Court the opportunity to resolve the debate: the interpretation of standard form contracts are an exception to the general rule of deference established in Sattva and are subject to an appellate standard of review of correctness.

The Court reasoned that an exception to the general rule in Sattva was appropriate since a) in standard form contract cases the motion or trial judge is not conducting an individualized analysis of the “factual matrix” because there are generally contracts of adhesion, and b) because standard form contracts are widely used, there is precedential value to their interpretation which gives their interpretation a character of a question of law.  The Court observed that consistency was particularly important in standard form insurance contracts, and that ambiguous insurance policies ought to be interpreted in a consistent way by different courts.

In considering the reasonable expectations of the parties, the Court relied heavily on the purpose behind builders’ risk policies: to provide broad coverage that limits the need to resort to private litigation, making construction projects grind to a halt.  The Supreme Court relied on numerous academic articles concerning the nature of builders’ risk policies in coming to this conclusion on the purpose of the policy.

Although the result in this case was unfavourable to the insurers, the insurance industry can take comfort that the Supreme Court adopted an approach that will ensure the consistent interpretation of insurance contracts by the courts going forward. This outcome was not guaranteed in light of the principles of contractual interpretation laid down by the Court its earlier Sattva decision.  A strict application of Sattva (which had been employed by some provincial appellate courts) would have prevented appellate courts from harmonizing inconsistent lower court interpretations of the same policy language.