Google: a Tale of Two Continents 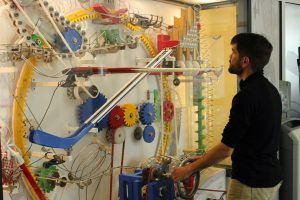 It is the best of times and the worst of times for Google. Its internet search engine has become a meme; its mobile operating system, Android, now powers 80.7% of the world’s smartphones. But Google’s very success brings unwelcome scrutiny from antitrust authorities.

In free market North America, Google easily resolved concerns of Canadian and US competition authorities over its search engine and advertising practices by changing certain exclusionary contractual terms. The revolutionary fervour of European authorities was not so easily quenched. The European Commission alleges in two proceedings that Google abused its dominant position in relation to its comparison shopping service and Android operating system.

The difference between the outcomes for Google in North America and Europe highlights the different approaches that competition authorities on each side of the pond take toward abuse of dominance.

The United States and Canada

The US Federal Trade Commission (FTC) and the Canadian Competition Bureau each investigated a number business practices employed by Google in its search and search advertising, and display advertising businesses.

In Canada, only one of these practices raised competition concerns: Google’s terms and conditions for its “AdWords” service prevented customers from easily transferring information from Google’s platform to competing platforms. The evidence supported the conclusion that Google adopted these terms in order to exclude rival search engines, the Bureau concluded in a press release and statement issued on April 19. The Bureau found evidence that these terms were having an anti-competitive effect.

Google had dropped these restrictions in 2013 to settle similar concerns raised by the Federal Trade Commission (FTC) in the United States. Google committed to the Commissioner of Competition that it would not reintroduce these terms (or similar terms) in Canada for five years.

The Bureau also looked into allegations that Google alters search results to favour its own products or even exclude its rivals. The Bureau found that Google’s changes are generally made to improve user experience. While Google does prominently display its services on search results pages, it is to provide objective information that benefits consumers. The Bureau noted that it “does not consider the provision of objective answers to be an anti‑competitive act”.

Similarly, the Bureau found no evidence of harm to competitors or competition arising from other practices under scrutiny, including Google’s ad exchange for online display advertising.

The Bureau’s findings mirror those of the FTC three years before. The FCT was unwilling to second-guess Google’s decisions about product design under the guise of competition enforcement:

Product design is an important dimension of competition and condemning legitimate product improvements risks harming consumers. Reasonable minds may differ as to the best way to design a search results page and the best way to allocate space among organic links, paid advertisements, and other features. And reasonable search algorithms may differ as to how best to rank any given website. Challenging Google’s product design decisions in this case would require the Commission – or a court – to second-guess a firm’s product design decisions where plausible procompetitive justifications have been offered, and where those justifications are supported by ample evidence.

The day after it was exonerated in Canada by the Competition Bureau, Google was hit with a Statement of Objections from the European Commission alleging that it abused the dominant position enjoyed by its mobile operating system, Android. One year earlier, in April 2015, the Commission had issued a Statement of Objections alleging that Google abused its dominant position by favouring its own comparison shopping service in search results.

In the Android Statement of Objections, the Commission alleges that Google uses three tactics to ensure that its search engine remained dominant in internet searches on mobile devices:

It may be premature to compare the difference between Google’s fate in North America and Europe. Enforcement action on Android in North America remains possible. Last fall, Bloomberg reported that the FTC was investigating Android. Google’s tying of its search engine to Play Store and Chrome could found a case against it in either the US or Canada, if the practice were having an exclusionary effect in the market.

Nevertheless, statements from both the FTC and the Competition Bureau demonstrate a more hands-off approach, coupled with a reluctance to second-guess business decisions about such things as product design. The EC does not share this reluctance, adopting a more dirigiste stance, insisting for instance that Google should treat its own comparison shopping service no differently from those of its rivals.

Competition authorities should be reluctant to dictate product design. Clever as they might be about competition policy, they are not experts in product design. Moreover, competition authorities should tread carefully given the speed with which dominant players rise and fall in technology markets. In 2009, two years after Android was launched, it had a 3.9% market share, according to Gartner. Symbian enjoyed 46.9% of the market, and Blackberry, 19.9%. By the end of 2015, Symbian had disappeared, along with its champion, Nokia; and Blackberry had become a rounding error, with 0.2% market share.