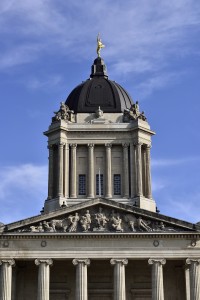 Courts are suggesting that there should be only one national class action in any case. Will Manitoba become the forum of choice ?

Courts have begun to criticize plaintiff lawyers who file multiple overlapping class actions across the country. In Ontario, Perell J. refused to approve an agreement by two BC firms to share their fee with a Saskatchewan-based firm, Merchant Law Group (“MLG”) in Bancroft-Snell v. Visa Canada Corporation. More than one year after the BC firms had filed class actions in Ontario and BC alleging conspiracies in relation to credit card interchange fees, MLG started copycat actions in Alberta and Saskatchewan. The BC firms agreed to pay a share of their fee to MLG in return for MLG agreeing to stay its actions.

In a hard-hitting judgment, Perell J. described the fee sharing agreement as “ransom fee” that was unenforceable and possibly illegal. MLG’s legal services were “useless to the client”; it “did not make a contribution to the achievement of the settlement agreement and should not share in the recovery”. He described MLG’s late filing of class actions as “suspect”: “What purpose was being served by another class action other than opportunism to share in the contingency fee?”

In Saskatchewan, however, Justice Ball agreed with Perell J. that the fee sharing agreement ought to have been disclosed to the court, but refused to look behind class counsel’s decision to share their fee with MLG. He noted that the fee sharing agreement was an agreement between lawyers, and thus not subject to court approval under Saskatchewan’s Class Actions Act. Any determination that MLG acted unlawfully should be made in a proceeding in which MLG is before the court, he added.

Courts in Quebec have also reacted negatively to class action parking. In Cohen v. LG Chem Ltd.,and Option Consommateurs v. Panasonic Corporation, the court departed from the normal “first to file” rule, and awarded carriage to a rival firm, after finding that the actions started by the first firm were simply copy-and-paste actions that had then been one of many started across the country to occupy the field, and then not pursued with diligence. The Quebec courts do not seem to have adopted Perell J.’s suggestion that there should be one national class action in one province, however.

BC does offer plaintiffs one important advantage however: no costs can be awarded against (or to) plaintiffs in class actions. Ontario, by contrast, permits costs awards against plaintiffs. There is one province that offers both opt-out national class actions and a no-costs regime: Manitoba.