After the Storm: only CIBC and IMAX class actions survive

In Ontario, the last four years have been overcast for securities class actions. The clouds lifted last week, when the Supreme Court clarified a critical limitation period by overturning the Ontario Court of Appeal’s decision in Green v. CIBC, Silver v. IMAX, and Trustees of the Millwright Regional Council of Ontario Pension Trust Fund v. Celestica. We reported on that decision here. The Supreme Court’s reversal made three key points about securities class actions in Ontario before July 24, 2014: 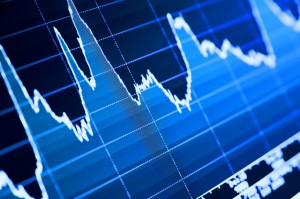 In law, as in the stock market, you win some and you lose some

The Supreme Court did not need to clarify the law for class actions after July 24, 2014. On that date, an Ontario legislative amendment confirmed that securities class actions no longer need leave within three years. Instead, the limitation period stops when plaintiffs file a notice of motion seeking leave. But the amendment was not retroactive, so the Supreme Court’s decision was a much anticipated end to a storm that started just under four years ago.

On February 16, 2012, the Ontario Court of Appeal shocked the legal community by rendering its decision in Sharma v. Timminco. Until then, the general view was that filing a statement of claim suspended the limitation period under Part XXIII.1 of the Securities Act in a securities class action. The Court of Appeal disagreed, deciding that the three year limitation period in s. 138.14 of the Ontario Securities Act kept running until the court had actually granted leave to proceed under s. 138.8.

The catch under Part XXIII.1 is that plaintiffs need the court’s leave to commence the action, and the action must be commenced within three years of the misrepresentation. To get leave, the plaintiffs must file a statement of claim and successfully bring a motion for leave, which can be very time-consuming.

When the Court of Appeal released its decision in Timminco, the Ontario Superior Court was hearing arguments on the leave motion in CIBC. In an oft-quoted statement, defence counsel described Timminco as a “thunderbolt”. By that time, over three years had passed since the alleged misrepresentations at issue, which involved CIBC’s exposure to U.S. residential mortgages before the global financial crisis. Applying Timminco, the Superior Court reluctantly dismissed the class action as out of time.

The tides turned in IMAX and Celestica, when the Superior Court decided it could grant leave retroactively using the doctrines of nunc pro tunc (“now for then”) and special circumstances. These essentially involve discretion to relieve plaintiffs from the three year limitation period when the courts decide it is fair. Please see here for our report on the IMAX decision.

CIBC, IMAX, and Celestica were all appealed. In a special five-judge panel, the Court of Appeal reversed its own decision in Timminco. The decision went further than IMAX and Celestica by generously reading s. 28 of the Ontario Class Proceedings Act, which provides that a statement of claim that commences a class action also suspends the limitation periods for all causes of action “asserted” in the class action.

The Storm Hits the Supreme Court: CIBC, IMAX, and Celestica

The Supreme Court previously denied leave to appeal the Timminco decision. Then the Court of Appeal changed its mind in CIBC, IMAX, and Celestica, and the Supreme Court chose to weigh in when the defendants all appealed. It was not an easy decision.

The seven judges deciding the appeal were Chief Justice McLachlin and Justices Rothstein, Côté, Moldaver, Karakatsanis, Gascon, and Cromwell. The first three judges reaffirmed Timminco and rejected the Court of Appeal’s analysis in CIBC, IMAX, and Celestica. The next three upheld the analysis of the Court of Appeal below and dismissed the appeals. Justice Cromwell cast the deciding vote.

Here is a summary of the three decisions:

So, in a four to three majority, the Supreme Court found that the Court of Appeal’s thunderbolt decision was right the first time. Yet owing to Justice Cromwell’s deference to the discretion of the motions judges, two out of three class actions survived the storm.

Takeaway: Clarity Through the Mists of Discretion

For everyone interested in class actions, this judgment both frustrates and enlightens.

The frustrating part is that Canada’s highest court could not agree on one of the most hotly contested issues in securities class actions. The judgment terminated one class action and allowed two others because of discretion rather than a clear legal rule. Discretion is basically unpredictable and varies tremendously from one case to another.

On the bright side, all seven judges agreed on two other issues affecting all securities class actions in Ontario:

Finally, the July 24, 2014 legislative amendment confirmed that, going forward, the limitation period is suspended upon filing a notice of motion to seek leave, not getting leave.