Not out of hot water: Direct Energy’s exit does not end abuse case 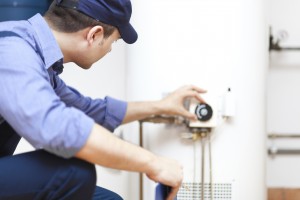 The exit of a respondent in an abuse of dominance case does not mean the case cannot continue, the Competition Tribunal held recently.

In 2012, the Commissioner of Competition launched abuse of dominance applications against two residential hot water heater rental companies, Direct Energy and Reliance Comfort Partnership. The Commissioner alleged that the two companies used a variety of tactic designed to make it difficult for consumers to switch to a hot water heater from a competitor.

The Tribunal rejected this contention. On Direct Energy’s interpretation, dominant firms would be able to engage in anti-competitive behaviour, and when targeted by an application to the Tribunal, escape sanction by exiting the market. The Tribunal also pointed out that the three year limitation period in the abuse of dominance provisions indicates that the Tribunal is able to address conduct even after it has stopped.

The Tribunal also disagreed with Direct Energy’s argument that any AMP imposed on it would be purely punitive given its exit from the market, and thus contrary to the provisions governing AMPs,  which require that the AMP be imposed to promote compliance with the Act.

This decision means that the Commissioner’s case against Direct Energy will continue; Direct Energy remains potentially liable to paying an AMP of $15 million.

This decision provides helpful clarification on what happens when market dynamics change in the middle of a Tribunal proceeding.

While rare, changes in the market have in the past resulted in cases before the Tribunal being withdrawn. For example, an abuse of dominance case filed against Air Canada in early 2001, alleging that the airline engaged in anti-competitive conduct to block WestJet’s entry into Eastern Canada, was withdrawn after Air Canada went through insolvency restructuring, while WestJet prospered. Similarly, in 1997, a challenge to Canadian Pacific’s acquisition of Cast, its competitor in the container shipping industry, was dropped after the entry of a major international competitor.

In Air Canada and CP, the market had changed to the point where remedial orders were unnecessary. Since legislation providing for AMPs had not yet been enacted when the Air Canada case was launched, there was no question of the case continuing to determine whether an AMP should be imposed.