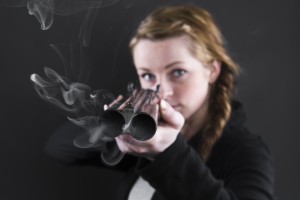 Shotgun clauses can be very dangerous to your wealth

The BC Court of Appeal has upheld an arbitrator’s finding that triggering a shotgun clause terminated the selling parties’ interest in a joint venture, thereby eliminating their entitlement to an outstanding capital equalization payment.

In 2007, JEL Investments Ltd. entered into a joint venture with Boxer Capital Corporation and Yanco Management Ltd. JEL held a 50% interest, with the other 50% split between Boxer and Yanco. Boxer and Yanco agreed that JEL would contribute proportionately less equity to the venture up front, due to a lack of available funds at the time. In exchange, any profits would be paid to Boxer and Yanco as capital reductions until the parties’ capital balances became proportionate to their ownership stakes. Profits would not be distributed among the three parties unless and until the venture distributed an “equalization amount” of $765,732 to Boxer and Yanco.

The joint venture agreement (which the parties called a “Co-Ownership Agreement”) also contained a shotgun clause, under which any of the parties could offer to sell their interest in the venture to the other two. Those other two must, in turn, either accept the sale offer within 30 days, or sell their shares to the offeror at the price in the offer.

Just such a situation arose in May 2008, when JEL offered to sell its interest for $1.425 million. At this point, none of the equalization capital had yet been paid out. Boxer and Yanco refused the offer, and were thus obliged to sell their 50% share to JEL, giving rise to a disagreement over what exactly was owed. JEL contended it only had to pay the proposed $1.425 million, while Boxer and Yanco claimed they were entitled to receive the equalization amount as well. This disagreement resulted in two arbitrations and two appeals, before finally landing before the BCCA.

At the first arbitration, Arbitrator Braidwood found an implied term in the Co-Ownership Agreement in favour of Boxer and Yanco, and awarded them the sale price plus the equalization amount. On appeal, Justice Goepel held that this finding was an error of law, but stated that the equalization payment would remain in the venture, to be paid out to Boxer and Yanco if and when the venture became profitable.

Of course, this arbitral decision was appealed as well, with Justice Abrioux finding that Mr. Ghikas erred in his finding that issue estoppel did not apply to the question before him. Abrioux’s decision was then brought before the BC Court of Appeal.

The Court of Appeal decides

The BCCA held that, despite this complex procedural history, the issues were straightforward. The Court found that Abrioux J. erred in characterizing the issues before the two arbitrators and Goepel J. as broadly as he did. The only issue that had been before Goepel J. was whether the first arbitrator erred in finding an implied term in the Co-Ownership Agreement. The issue before the second arbitrator was whether Boxer and Yanco had a continuing interest in the venture, a different question from those asked of Mr. Braidwood and Goepel J.

Chief Justice Bauman stated that the question which gives rise to an estoppel must be fundamentally bound up with the substantive outcome, and not simply arise collaterally or incidentally from the main issue decided. Here, it did not. Thus JEL was not estopped from arguing against Boxer and Yanco’s continuing interest in the second arbitration, and it was open to Mr. Ghikas to consider the Co-Ownership Agreement as he did on the continuing interest issue. Bauman C.J. held that this was the last word on the Co-Ownership Agreement’s interpretation, and re-instated the Ghikas award.

As Boxer and Yanco learned the hard way, shotgun clauses must be carefully thought out and drafted in order to account for all possible scenarios. Whoever drafted the Co-Ownership Agreement in this case appears not to have considered the possibility of a shotgun sale occurring before the equalization payments were made. The clause could have been drafted to ensure that inequality between the parties’ capital contributions would be dealt with in the event of a shotgun sale, for example, by preserving Boxer and Yanco’s entitlement to the equalization amount.

Whenever exit clauses are included in a joint venture agreement, solicitors must consider how such clauses might interact with other rights in the contract, as well as the underlying business realities and relationships involved, in order to avoid uncertainties, and the inevitable litigation that follows.