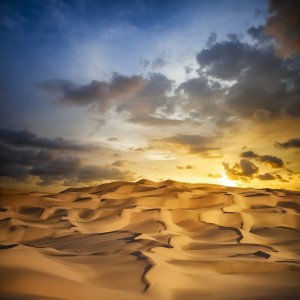 Canadian engineering and construction giant SNC-Lavalin has been charged by the RCMP with paying bribes of nearly $48 million to Libyan government officials and defrauding Libya of nearly $130 million.

SNC-Lavalin said it would “vigorously defend itself” against charges it says are “without merit”. It noted that the alleged conduct was committed by employees who left the company long ago.

If convicted, SNC-Lavalin faces massive fines as well as a ten year ban on doing business with the federal government.

The RCMP charged SNC-Lavalin with one count of bribing a foreign public official under provisions of the Corruption of Foreign Public Officials Act (CFPOA), as one count of fraud under the Criminal Code. The CFPOA makes it a serious criminal offence for Canadians and Canadian companies to bribe foreign government officials in order to obtain an advantage in the course of business. (See Canada’s Foreign Anti-Bribery Law).

The charges stem from SNC-Lavalin’s activities in Libya from 2001 to 2011. The conduct first came to light in February 2012, when SNC-Lavalin announced an internal review into $35 million in suspicious expenses in Libya. A month later, it reported on on the results of the investigation.

In a nutshell, SNC-Lavalin’s internal investigation found that its former Executive Vice-President, Construction, Riadh Ben Aissa, had hired agents without complying with SNC-Lavalin’s policies on, among other things, authorized signatories and limits on fees. The agents were paid $56 million. The investigation could not determine the identity of the agent, the nature of the services he provided, or what the payments to the agents were used for. The payments to the agent had not been properly recorded nor were the agencies disclosed internally within the company.

Shortly after that, the RCMP searched SNC-Lavalin’s offices.

First enacted in 1998, the CFPOA was strengthened in 2013. Significantly, the 2013 amendments included a provision providing for so-called “nationality jurisdiction”; that is, allowing the CFPOA to apply to bribery offences by Canadians and Canadian companies, no matter where in the word the bribe is paid.

The 2013 amendments do not apply to the charges against SNC-Lavalin, because the charges relate to conduct that occurred before they were enacted.

Thus the Crown faces the potentially significant hurdle of proving that SNC-Lavalin committed the offences in Canada. This is because Canada normally takes jurisdiction only over crimes that are committed in Canada (territorial jurisdiction). Subsection 6(2) of the Criminal Code expressly provides that no one shall be convicted of an offence committed outside of Canada, unless the law expressly provides otherwise. In R. v. Libman, the Supreme Court of Canada held that Canada has jurisdiction where “a significant portion of the activities constituting that offence took place in Canada”, and analogized this to the familiar “real and substantial link” test used in civil cases.

In the only case to date dealing with whether bribing a foreign public official outside of Canada is an offence in Canada, an Ottawa businessman, Nazir Karigar, was convicted of agreeing to bribe officials in India. The judge in that case took an expansive view of jurisdiction, holding that there was a real and substantial connection between the offence and Canada, even though none of the elements of the offence had been committed in Canada, because of the connections between the related transaction and Canada. (See Ottawa Businessman Convicted of Foreign Corruption.)

Attribution of liability to SNC-Lavalin

In order to convict SNC-Lavalin, the Crown will also have to prove that criminal liability should be attributed to SNC-Lavalin . Since 2003, the Criminal Code has provided that corporations are liable for offences committed by their employees when the offence is committed by a “senior officer” of the corporation acting within the scope of his or her authority (see section 22.2). The term “senior officer” is very broadly defined to include someone “who plays an important role in the establishment of an organization’s policies or is responsible for managing an important aspect of the organization’s activities”. In one recent case, gas retailer Pétroles Global was convicted of price fixing after its regional sales manager participated in a price fixing cartel.

No automatic responsibility for agents

The Crown will also have to prove that the senior officers were actually involved in a bribery offence. The alleged bribes appear to have been made by consultants hired by SNC-Lavalin in Libya. SNC-Lavalin is not automatically responsible for bribes that its agents may make. The Crown will have to prove that the SNC-Lavalin executives knew that the large fees they were paying the consultants were going towards bribes, or were willfully blind about the bribes.

If convicted, SNC-Lavalin faces potentially massive fines. There is no cap on the fines that the court can impose under the CFPOA. The lack of precedent makes it difficult to predict how high the fines might go. Niko Resources paid a $9.5 million fine for bribes consisting of Range Rovers and trips. Griffiths Energy paid a $10.3 million fine for $2 million in bribes. If the five times ratio from Griffiths Energy were applied to SNC-Lavalin, the fine would be $240 million!

Criminal charges are not the only troubles faced by SNC-Lavalin. Class actions have been started, alleging that SNC-Lavalin mislead investors by claiming that it conducted itself as a “socially responsible citizen”, and in compliance with a Code of Ethics, when in fact it was paying bribes to in Libyan government officials.

Even more seriously, the charges put SNC-Lavalin’s future business prospects at risk. The company put on a brave face, claiming that “These charges do not affect the company’s right and ability to bid or work on any public or private projects”.

If SNC-Lavalin is convicted, however, it will automatically be “debarred”, or banned, from bidding on federal government contracts for ten years, under the federal government’s “Integrity Framework“. The company also faces a five year debarrment under Quebec’s Integrity in Public Contracts Act.

SNC-Lavalin has already been debarred by the World Bank and the Inter-American Development Bank until 2023 on grounds of fraud and corruption.

No “get out of jail free” card for cooperation

In its press release, SNC-Lavalin points out that it cooperated with the RCMP investigation and strengthened its ethics and compliance policies.

Unfortunately for SNC-Lavalin, there is no “get out of jail free” card offered to companies that cooperate with investigations or improve their compliance policies.

That being said, if SNC-Lavalin is ultimately convicted, both its cooperation and improvement to compliance policies will be factors that could reduce the fine it ultimately pays.