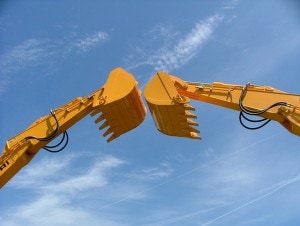 A landfill merger that gave the buyer a monopoly and would prevent prices from falling was saved by efficiencies amounting to one-half of one person’s annual salary, the Supreme Court of Canada ruled recently in Tervita Corp. v. Canada (Commissioner of Competition).

The decision establishes a number of important principles for merger analysis under the Competition Act, including the following:

The court upheld the Tribunal’s prediction that the owners of a landfill would have operated it as a hazardous waste secure landfill, and that by buying the landfill, the purchasers prevented that competition. However, they were allowed to keep the landfill, because the Commissioner had failed to quantify the anti-competitive effects, leaving the court no choice must to assign a value of zero. This meant that even the minimal efficiencies that were proven were greater than the proven anti-competitive effects.

In 2010, Tervita Corp. bought a company that owned a permit for a harzardous waste secure landfill in Northeastern British Columbia known as the Babkirk site. Tervita already owned the only two operating secure landfills in the area.

Although the transaction fell below the threshold for notification, the Commissioner of Competition challenged the merger.

The Tribunal predicts the future

The Competition Tribunal accepted the Commissioner’s theory that, but for the merger, the Babkirk site’s former owners would have re-opened the site as a secure landfill, because their plan to operate a bio-remediation facility would prove unprofitable. The Tribunal made this finding even though Babkirk’s former owners had no plans to re-open the secure landfill.

Re-opening Babkirk as a secure landfill would have led to competition in the market for secure landfills in Northeastern BC, lowering tipping fees (the price charged by landfills) by about 10%. By buying the Babkirk site, Tervita caused a substantial prevention of competition, the Tribunal held.

The Tribunal thus ordered Tervita to sell the Babkirk site.

Tervita appealed, lost in the Federal Court of Appeal, then appealed to the Supreme Court of Canada, where it won.

Predictions must be based on evidence

The Tervita case was one of the rare “prevention” cases. Most competition cases involve an allegation that a transaction or behaviour is lessening or will lessen competition substantially. These analysis in these cases starts from a previous competitive state of the market, and looks at how the market has or will become less competitive.

The analysis in both cases is forward looking (at least in part), but a prevention case necessarily involves asking whether some event that would increase competition would be likely to happen.

Writing for the majority, Rothstein J. (himself a former judicial member of the Competition Tribunal) noted that “[t]he concern under the “prevention” branch of s. 92 is that a firm with market power will use a merger to prevent competition that could otherwise arise in a contestable market.”

Rothstein J. accepted that prevention cases necessarily involve a forward-looking analysis. This analysis must be based on evidence, not speculation. The evidence must support the conclusion that one of the merging parties, or a third party, would enter the market, absent the merger. A mere possibility is not enough. Moreover, the timeframe for this entry must be discernible, although Rothstein J. declined to impose a definite time limit. He did caution, however, that “the farther into the future predictions are made, the less reliable they will be”. As well, the Tribunal’s findings must be based on evidence about the decision the firm itself would make, and not the decision that the Tribunal would make in its place.

In the result, Rothstein J. held that the Tribunal’s prediction that the Babkirk site’s owners would have re-opened the site as a secure landfill was based on evidence, not speculation.

The Competition Act’s merger provisions contain a complete defence for mergers whose efficiency gains are “greater than” and “offset” the lessening or prevention of competition they cause (section 96). Tervita is only the second case to be decided under these provisions. In the previous case, Superior Propane, the Tribunal allowed a merger to monopoly among propane suppliers because of efficiency gains.

The Tervita decision clarifies two aspects of the efficiencies defence:

If an anti-competitive effect can be quantified, it must be

The Commissioner must quantify by estimate all quantifiable anti-competitive effects, Rothstein J. held. Estimates are acceptable, but they must be grounded in evidence that can be challenged and weighed.

In this case, Rothstein J. held, the Commissioner did not quantify the quantifiable anti-competitive effects because she did not lead evidence establishing the elasticity of demand. Because of this, these effects must be assigned a value of zero he held: “Quite simply, where the burden is not met, there are no proven quantifiable anti-competitive effects”.

The Federal Court of Appeal had assessed these unquantified (but potentially quantifiable) anti-competitive effects as “undertermined” and compared them with the minimal efficiencies that the merger would produce. Rothstein J. rejected this approach. It allows “subjective judgment to overtake the analysis”, and is unfair to the merging parties, since it places them “in the impossible position of having to demonstrate that the efficiencies that efficiency gains exceed and offset an amount that is undetermined”.

Rothstein J. also rejected the Federal Court of Appeal’s reliance on the monopoly that Tervita would enjoy over secure landfills in the region.A monopoly is a market condition, not an anti-competitive effect. The proven effects of the monopoly can be relied on, not the existence of the monopoly per se.

The quantitative and the qualitative

Justices Rothstein and Karakatsanis disagreed on how efficiencies should be balanced against anti-competitive effects.

Rothstein J. considered the statutory language, which requires that the efficiency gains be “greater than” and “offset” the anti-competitive effects. This, he held, imports a two-step analysis.

Karaksanis J. disagreed with Rothstein J.’s two step approach. The analysis should be conducted in one step, she argued, where all efficiencies and anti-competitive effects, quantitative and qualitative, are compared. Since Rothstein J. himself proposes this as his final determination, his first two steps are superfluous:

Presumably Justice Rothstein’s “final determination” assesses whether the (quantitative and qualitative) gains in efficiencies will be greater than, and will offset, the (quantitative and qualitative) anti-competitive effects of the merger. This is precisely what is required by the language of s. 96. The first two steps are superfluous. In any event, the expert Tribunal is best positioned to identify instances where like factors should be compared, as well as circumstances where this would not be as effective.

I would think that the Tribunal, even proceeding under Justice Karakatsanis’s proposed single-step weighing would at some point in that consideration ask how the quantitative factors lined up relative to each other, and would also examine how the qualitative factors compared to each other, before attempting to reconcile the whole universe of factors into an ultimate determination. The above framework merely guides the structure of that inquiry to ensure that the Tribunal’s reasoning is as explicit and transparent as possible.

“Order implementation efficiencies” do not count

The efficiencies defence recognizes pro-competitive benefits arising from the merger. Tervita contended that all efficiencies, however arising, should count. In particular, Tervita argued for what the Tribunal called “order implementation efficiencies”.

Tervita argued that it could have Babkirk up and running as a secure landfill a year before any other purchaser, because of the delays inherent in the divestiture process ordered by the Tribunal. During this year, customers near the site would save on transport costs, compared to disposal at more distant sites. Tervita also argued that the availability of Babkirk would have resulted in more hazardous waste being disposed of overall.

Rothstein J. held that these efficiencies do not arise from the merger, but from the time it would take for a divestiture order to be implemented. They do not count, because “[e]fficiencies that are the result of the regulatory processes of the Act are not cognizable efficiencies under s. 96.”

In any event, Rothstein J. noted, Tervita did not actually construct and operate a landfill at the Babkirk site.

The Competition Tribunal had rejected practically all of the efficiencies claimed by Tervita, apart from overhead efficiencies approximately equivalent to one-half of the cost of one full-time back office employee.

These efficiencies were insignificant, the Federal Court of Appeal held, and should not be counted.

Rothstein J. disagreed. The efficiencies provisions do not contain any basis on which to read in a threshold significance requirement, nor to determine what the threshold might be. Rothstein J. commented:

Economic models are inherently probabilistic and carry a margin of uncertainty, however, Rothstein J. cautioned. The Tribunal should be aware of the uncertainties in the model in making its determination. Close cases will require careful consideration of the assumptions underlying the quantitative analysis. The Tribunal has discretion to reject the defence in such cases, Rothstein J. held:

In such cases, the Tribunal retains the discretion to reject the efficiencies defence, but must clearly explain the reasons for its decision. The reasons must be seen to be rational even though they reject what the quantitative analysis would otherwise strictly indicate.

This is a strange result, given that the Commissioner’s expert found that the merger would prevent a price decrease of at least 10%. The anti-competitive effects from such a prevention of competition must surely be more than one-half of one person’s salary.

While the efficiencies defence applies in this case under the terms of s. 96 as written, this case does not appear to me to reflect the policy considerations that Parliament likely had in mind in creating an exception to the general ban on anti-competitive mergers. As discussed above at para. 84 in the historical examination of s. 96, the evidence suggests that the efficiencies defence was created in recognition of the size of Canada’s domestic market and with an eye toward supporting operation at efficient levels of production and the realization of economies of scale, particularly with reference to international competition. By contrast, this case deals with competition on a local scale and where the operational efficiencies obtained do not appear to have been central to the acquiring party’s ability to realize economies of scale to compete in the relevant market. Although I tend to think that this case may not represent one that Parliament had in mind in creating the efficiencies defence, I nonetheless find that the statute as currently drafted supports a finding that the defence is available in this case.

In order to avoid this outcome, merging parties and the Commissioner may agree to exclude considerations of efficiencies from the analysis unless and until the Commissioner determines that the merger is likely to lessen or prevent competition substantially.