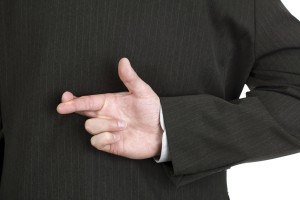 The Supreme Court of Canada’s decision in Bhasin v. Hrynew significantly evolves the common law of contract by recognizing a general common law duty of good faith contractual performance, and in particular a specific duty to act honestly in the performance of contractual obligations.

Harish Bhasin had an “enrolment director” contract with Canadian American Financial Corp (“Can-Am”) pursuant to which Mr. Bhasin sold Can Am’s education savings plans. This was an exclusive contract – Mr. Bhasin was only allowed to sell Can-Am’s products. Mr. Bhasin built a sales force over 10 years, and became one of Can-Am’s top producers. Mr. Bhasin’s contract with Can-Am contained a clause that it would automatically renew at the end of its term, unless one of the parties gave 6 months written notice to the other party to the contrary.

In 1999 and 2000 the Alberta Securities Commission began to put pressure on Can-Am concerning general compliance issues among Can-Am’s enrolment directors. As a result of conversations with the Securities Commission, Can-Am decided that Larry Hrynew, one of Mr. Bhasin’s competitors would become the main agency in Alberta, and that other enrolment directors would be folded into his agency. This decision was not communicated to Mr. Bhasin. In the interim, the Securities Commission required Can-Am to appoint a single person as a provincial trading officer to audit its enrollment directors for compliance with Alberta’s securities laws. Mr. Hrynew was appointed to this position and sought to review the confidential business records of Mr. Bhasin as part of his audit. Mr. Bhasin objected to having one of his competitors review his confidential business records. In the face of Mr. Bhasin’s continuing objections to allow Mr. Hyrnew to audit his business, Can-Am provided Mr. Bhasin notice that it was not renewing Mr. Bhasin’s enrolment director contract.

The trial judge found that in the period leading up to the non-renewal Can-Am misled Mr. Bhasin about its intentions to merge his agency with the agency of Mr. Hrynew and did not communicate to Mr. Bhasin that a final decision had been made to merge the agencies, even though Mr. Bhasin had expressly asked. The trial judge found that had Can-Am acted honestly, Mr. Bhasin could have governed himself accordingly so as to retain the value in his agency. The trial judge found a duty of good faith existed in the circumstances, and found that Can-Am had breached that duty, resulting in the total loss of the value of his business which was subsequently expropriated by Mr. Hrynew in the aftermath of Mr. Bhasin’s non-renewal. The Alberta Court of Appeal overturned the trial judge, finding that the trial judge had erred in finding that there was a duty to perform the contract in good faith. The case was appealed again to the Supreme Court of Canada.

The Supreme Court held that good faith contractual performance is a general organizing principle of the common law of contract. The duty of good faith contractual performance means that a party to a contract will not seek to undermine the other party’s legitimate interests in bad faith. The Court emphasized that determining the obligations of good faith in any particular case will be highly context-specific, and would, for example, likely manifest itself differently in the context of a long-term contract for mutual cooperation than in a more one-off transactional exchange.

Under the umbrella of the duty of good faith, the Supreme Court also recognized a new common law contractual duty: the duty to act honestly in the performance of contractual obligations. In accordance with this new duty, parties must not lie or otherwise knowingly mislead each other about matters directly linked to the performance of the contract. This is a general doctrine of contract law that imposes as a contractual minimum a standard of honest contractual performance. This doctrine operates irrespective of the intentions of the contracting parties – it applies to all contracts.

In the case of Mr. Bhasin, the Supreme Court agreed with the trial judge that Can-Am had breached the duty of honest contractual performance which resulted in him losing his business. Mr. Bhasin was accordingly awarded damages to compensate him for the loss of his business.

The Supreme Court’s decision expands the common law of contract by recognizing for the first time a general common law duty of good faith contractual performance. Prior to this decision, obligations of good faith arose in a piecemeal fashion and only to certain types of contracts (for example employment and insurance contracts), or certain types of contractual clauses (for example, performance of a condition precedent and the exercise of a discretionary power under the contract). The Supreme Court expressed the view that this new good faith duty, and the duty of honest performance, would accord with the reasonable expectations of commercial parties and would enhance commercial certainty.

The Bhasin decision is a significant development in the law of contract. Beyond the creation of the new duty of honest performance, the decision contains a fair amount of nuanced commentary on the general contractual obligations of good faith. The precise content of the duty of good faith, and of the duty of honest performance, will have to be unpacked by trial courts across the country in the years to come.