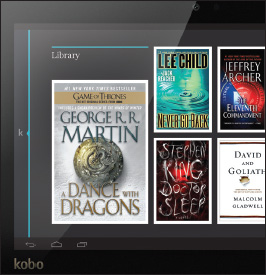 In coming to this conclusion, Chief Justice Paul Crampton held that allowing third parties to review the substantive basis of settlements would have a number of negative effects on competition enforcement:

The debate over the new consent agreement process

Much of the debate in the case revolved around the impact the amendments that enacted replaced the old consent order process with the consent agreement process in 2002.

Under the old consent order process, a proposed settlement had to be approved by the Tribunal. Third parties could intervene, which led to lengthy hearings and rejection of some consent orders. The 2002 amendments were designed to speed up the settlement process and promote certainty. The amendments contain a limited right of third parties to challenge settlements that impact them.

Speed and certainty in settlements

This decision safeguards the consent agreement process as a means to a quick and certain resolution of a competition matter.

Speed and certainty are especially important in merger cases. The time pressure to get the deal done makes a speedy consent agreement process essential. Certainly is equally essential, however. The possibility that a third party could challenge the merger through a challenge to the consent agreement would add significant risks to merger transactions.

In other cases, such as abuse of dominance cases or advertising matters, speed and certainty remain important goals for both the Competition Bureau and businesses. The ability to negotiate a quick and final resolution supports the Bureau’s mandate to protect competition. Equally, however, businesses frequently want to move on and return to their core business, rather than spend money and time on litigation.

The final chapter for Kobo?

The Tribunal’s decision came as a result of a “reference” by the Commissioner in response to a challenge by ebook retailer Kobo to the Competition Bureau’s settlement with ebook publishers. Kobo says that the settlement, which will lower book prices, changes its business model and will cause it to lose money. (See The Ebooks Saga: Kobo’s challenge explained.)

The decision is fatal to Kobo’s main contention, which is that there was in fact no agreement between the ebook publishers. This attacks the factual basis underlying the consent agreement, which the Tribunal has now said Kobo cannot do. Not surprisingly, Kobo is appealing.

However, because the decision clarifies the formal requirements for consent agreements, Kobo could succeed on its contention that that the Commissioner did not allege or identify the existence of an agreement between competitors, that is, between the ebook publishers.

The Tribunal held that consent agreements must identify the substantive elements of the relevant provision of the Competition Act. The recitals to the consent agreement state that the Commissioner “alleges that further to an agreement or arrangement, the Respondents have engaged in conduct with the result that competition in the markets for E-books in Canada has been substantially prevented or lessened, contrary to section 90.1 of the Act”. This misses one of the required elements under section 90.1, namely that the agreement or arrangement be between competitors.

If Kobo wins based on this technicality, however, it is unlikely to achieve more than a pyrrhic victory. If the consent agreement is vacated on this ground, the Commissioner and the ebooks publishers will presumably enter into a new one that contains the required recitals.

Share on FacebookShare on TwitterShare on Linkedin
Tags: ebooks Kobo