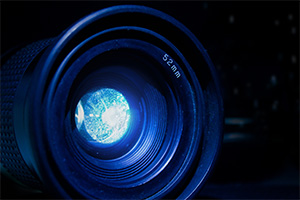 Plaintiff class action lawyers were unable to convince the Divisional Court to grant leave to appeal an earlier decision of the Superior Court of Justice in which Justice van Rensberg significantly reduced the size of the plaintiff class in Silver v. IMAX.

The IMAX case is a shareholder class action in which investors are alleging that they suffered losses after it was revealed that certain errors had been made in IMAX’s financial disclosure over a period of time.

IMAX’s securities were traded both on the TSX and the NASDAQ.  Approximately 85% of the IMAX securities acquired during the relevant time period were acquired on the NASDAQ.  Parallel class actions were brought in Ontario and in New York claiming damages arising from the alleged misrepresentations.  In 2009, Justice van Rensberg certified the Ontario class action.  This was a “global class,” including both investors that acquired securities on the TSX and the NASDAQ.  In certifying a global class, Justice van Rensberg noted that due to the parallel proceeding in New York, the issue of class definition would necessarily require a “wait and see” approach in the event that developments in New York necessitated some modification to the Ontario class definition.

Although plaintiffs’ counsel in New York had initially sought to pursue the claim on behalf of a “global class” in that jurisdiction as well, ultimately the New York class action was confined to those securities acquired on the NASDAQ exchange.

In a motion in the Ontario class action, Justice van Rensberg recognized the New York settlement and amended the class definition to exclude all investors that were bound by that settlement.

The undercurrent of this motion was that plaintiff’s counsel in Ontario thought that they could get a better result at trial (or in a settlement) in Canada for the NASDAQ investors than those investors were able to obtain in the New York settlement.  The decisions of Justice van Rensberg and Justice Tzimas are a welcome development for class action defendants in Canada.  IMAX sends strong message to the Canadian class action plaintiffs’ bar that Canadian courts will recognize foreign settlements in parallel class actions and will not give effect to speculative arguments that a better result might have been achieved in Canada by Canadian class counsel.