Thanks for the memory: DRAM defendants to pay $29m

Five groups of defendants in the DRAM class action have agreed to pay over $29 million to settle allegations that they fixed prices for DRAM memory chips. 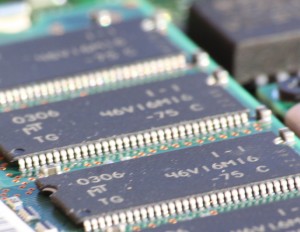 DRAM, which stands for dynamic random access memory, is a type of memory chip used in computers and other electronics. The plaintiffs claim that certain manufacturers and distributors of DRAM chips conspired to fix prices from April 1, 1999, to June 30, 2002.

The settlements were reached over a two-year period. The first defendant to settle was Elpida Memory Inc., in 2011. The Elpida settlement was approved by court orders in Ontario, British Columbia, and Quebec, in June 2012. Another four groups of defendants, including Micron, NEC Corporation, Nanya, and Hitachi, reached settlements during the course of 2012. These settlements were approved by the Ontario Superior Court in December, 2012.

A number of defendants have yet to settle, including Samsung, Mitsubishi, and Toshiba.

Plaintiff counsel were awarded legal fees of over $1.7 million from the Elpida settlement; their fees from the most recent settlements have yet to be approved.

The DRAM settlements follow the current trend toward granting opt-out rights only once in a proceeding. Ontario’s Class Proceedings Act requires that class members be given the right to opt out of the proceeding as part of a certification order. When Elpida settled, the class was certified (on consent) against Elpida only, and class members were given the right to opt out. The order approving the Elpida settlement went on to provide that no further opt out rights would be granted in relation to the remaining defendants. This was confirmed in the order approving the 2012 settlements.

…the right to opt out is not a substantive right but is a procedural right that is properly exercisable once. I would add that the practice of permitting only one opportunity to opt-out in a class proceeding is salutary because it solidifies class size and this facilitates further settlements (but would not establish class size for any defendants who did not participate in the settlement) and conversely permitting a renewed right to opt-out might compromise bar orders and thwart additional settlements.

Share on FacebookShare on TwitterShare on Linkedin
Tags: DRAM