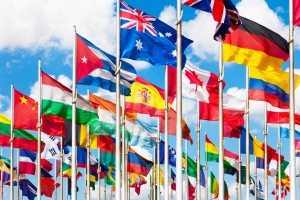 A recent decision from the Ontario Court of Appeal has international arbitrators scratching their heads as non-contracting parties to a dispute based largely in Ontario are sent to arbitration in Germany. The majority decision of Brown J.A. is notable for the fact that it runs contrary to long-standing principles of both conflict law and the law of arbitration.

The dispute in Novatrax International Inc. v. Hägele Landtechnik GmbH concerned the breach of an exclusive sales agreement to sell industrial reversible fans from Germany in the North American market. The agreement contained a hybrid forum selection and arbitration clause whereby the contracting parties agreed that German law is binding, and “to settle any disputes by binding arbitration” in Germany.

Brown J.A. found that the individual principals of the German corporation and the Ontario corporate defendant were not parties to the exclusive sales agreement. However, instead of holding the non-contracting parties to the onus of proving that Germany was a clearly more appropriate forum, the onus shifted to the plaintiff to show “strong cause” why its claims against the non-contracting parties should not be arbitrated in Germany. In the absence of agreement forum selection clause, there was no basis on which to hold the plaintiff to the onus of proving there was “strong cause” for the claims to not be heard in Germany.

Moreover, the fact that the claims pleaded all arose from the same transactions and occurrences, and raise common questions of fact and law, is not an overriding consideration in the forum non conveniens analysis. Even where there is a risk of inconsistent judgments, the Supreme Court ruled in Teck Cominco Metals Ltd. v. Lloyd’s Underwriters that parallel proceedings are a significant but not determinative consideration for courts exercising forum non conveniens discretion.

Secondly, and pursuant to the dissenting judgment of Feldman J.A., the majority decision undermines the law of arbitration by forcing non-parties to arbitrate claims. The Momentus.ca decision is consistent with the law of arbitration as the consent of the parties was implied from how the plaintiff pleaded its claim: by tethering its claims against the non-contracting parties to the claim governed by a forum selection clause, the plaintiff was precluded from then arguing that the claims could be divided and heard in two different jurisdictions. Notably, Laskin J.A. left available the opportunity for the plaintiff in Momentus.ca to re-draft its pleading to allow the claims to be heard in separate jurisdictions. Unlike in Momentus.ca, the plaintiff in Novatrax did not plead that its claims must all be dealt with together. Feldman J.A. concluded that there was no basis on which to infer consent by the plaintiff to arbitrate its claims against the non-contracting parties in Germany, or to apply German law.

To resolve the apparent conflict that arises when some parties to an action are subject to an arbitration agreement and some are not, Feldman J.A. adopted the principled approach of the Alberta Court of Appeal in UCANU Manufacturing Corp. v. Calgary (City):

Upon applying these three factors, Feldman J.A. concluded that the stay of the claims in the Ontario action against the non-contracting parties should be set aside.

This case has left a cloud of confusion for businesses involved with multi-party claims where only some relationships are subject to forum selection clauses. The decision is ripe for appeal, and it will be interesting to see if and how the Supreme Court will provide clarity on this issue.