It has gotten a lot harder to sue the Ontario government 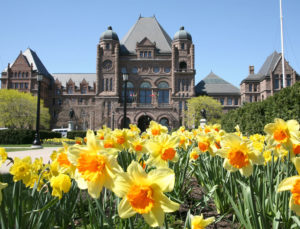 A key value in any free and democratic society is the principle that no one is above the law. In democracies, even the government can be required by the Courts to pay compensation to persons harmed by negligent or intentional government actions. However, thanks to the Crown Liability and Proceedings Act, 2019, which was buried in the Ontario budget bill passed in April, it has just gotten a lot harder for individuals and corporations to sue the Ontario government, government employees  and government officials when their negligence or misfeasance has caused harm.

In some ways, the Crown Liability and Proceedings Act, 2019 codifies what the settled common law already said about government liability – that the government cannot be sued for policy decisions or decisions on how, where and when to spend its money (For example see the 1989 Supreme Court of Canada decision in Just v. B.C.). Traditionally, governments are only liable for negligence or harm caused in operational matters. The distinction between policy and operational matters is a difficult one at times – but a good example is that the road maintenance budget for the province is a policy decision, whereas the decision on whether to salt Highway 401 on a snowy December day is an operational one.

However, the new legislation goes further than the traditional common law protections. In particular, the Crown Liability and Proceedings Act, 2019 insulates from civil action what it calls “regulatory decisions” made by in good faith by the government or one of its officers, employees or agents, even when negligent or made through a failure to take reasonable care. A regulatory decision is defined very broadly as a decision respecting, among other things, whether a particular person, place, entity or thing has met or breached a requirement under an Act of the province, whether a condition, permission or licence should be issued under an Act of the province, whether an investigation, inspection or enforcement action should be conducted under a provincial Act, or “any other matter that may be prescribed.” This latter, catch-all in the definition of “regulatory decision” means that the government can in the future decide which other decisions it wants to make immune from lawsuits.

The creation of Crown immunity for regulatory decisions under the Crown Liability and Proceedings Act, 2019 significantly increases the scope of the operational decisions made by government that are afforded immunity – operational decisions that can have severe and lasting impacts on the people of Ontario. For example, a negligent decision to reduce or eliminate drinking water testing for parts of Ontario that then leads to an E. Coli outbreak would be immune from civil suit, unless it could be shown that the decision was made in bad faith rather than through negligence or a failure to take reasonable care. Similarly, the government would be immune from being sued for compensation for a negligent failure to conduct a reasonable investigation into an outbreak of illness that results in injury or death to members of the public. The scope of potential governmental actions that are now afforded sweeping immunity from civil liability is enormous.

Actions alleging misfeasance in public office or bad faith against the Crown or government officials will also face significant additional roadblocks under the new legislation. Section 17 of the Crown Liability and Proceedings Act, 2019 requires that leave of the Court be obtained before such an action may be commenced and that leave shall not be granted unless the plaintiff is acting in good faith and can show a reasonable chance that the proceeding will be resolved in the plaintiff’s favour. This language is very similar to the leave requirement for statutory actions by secondary market purchasers of securities under Part XXIII.1 of the Securities Act – a requirement that the 2015 Supreme Court of Canada decision in Theratechnologies Inc. v. 121851 Canada Inc. has said imposes a significant initial evidentiary burden to be met before an action can even proceed. This part of the new Act also expressly eliminates any right to discovery or documentary disclosure from the Crown in connection with such a leave motion. In other words, a proposed plaintiff in a public misfeasance or bad faith action against the government must be able to prove a reasonable chance of success without receiving any documents or information from the government or forever lose the right to sue.

To be blunt, the new Crown Liability and Proceedings Act, 2019 means that, in many respects, the Ontario government (and its employees, officers and agents) is in fact above the law. While the rest of society can and will be held liable for negligence that causes harm to others, the government cannot and will not. While in the past government and its officials could be held to answer for misfeasance in public office or actions undertaken in bad faith, the current regime allows the government to avoid producing documents or answering questions in an effort to stop affected persons from even commencing such claims.

There have been rumblings about Charter challenges to this new legislation and it remains to be seen how the Courts will interpret it. In the meantime, however, it is clear that the Ontario government has given itself unprecedented protections from answering in the Courts for harm caused by negligence and bad decisions.

Ken has been recognized for Corporate and Commercial Litigation by Best Lawyers of Canada and has been given the highest available rating of AV, or pre-eminent, by his peers on Martindale-Hubbell.